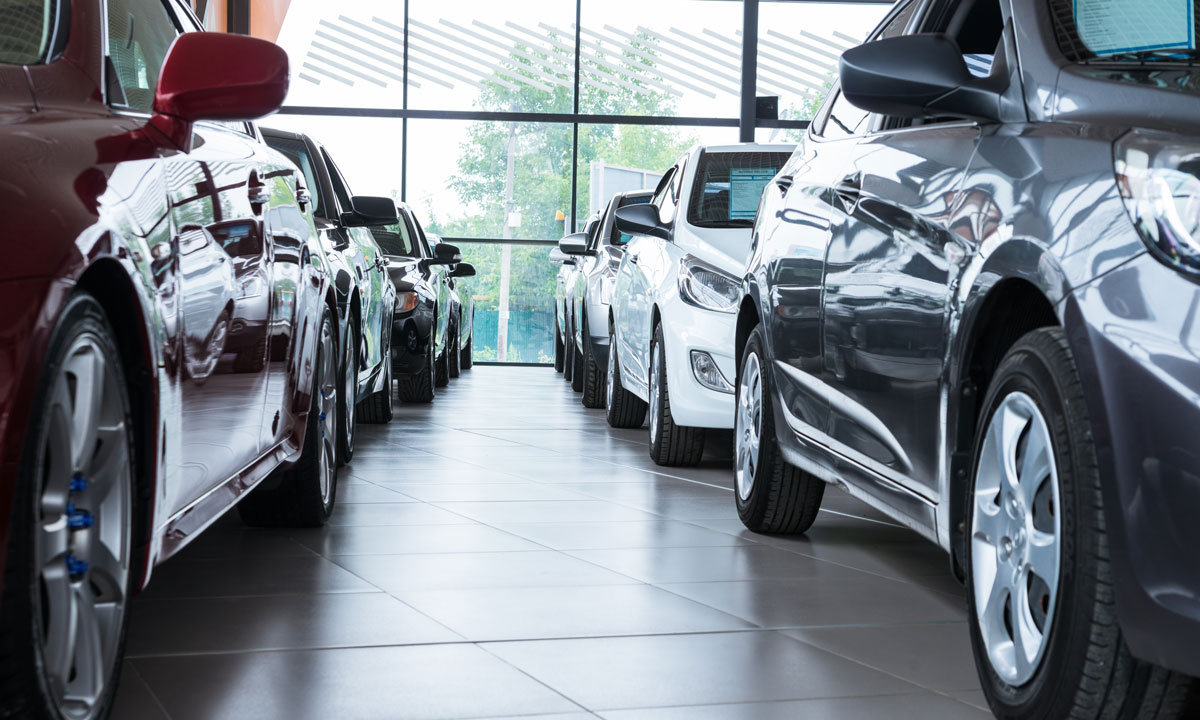 It may be a bumpy ride, but there’s a light at the end of the semiconductor shortage tunnel, according to a recent update from DesRosiers automotive. The report refers to the near term outcome of the shortage as a “U2 recovery,” but makes sure to point out that “This refers not to your Dad’s favourite Irish rock band but rather to the term “Uneven and Unequal”.

The uneven and unequal comeback will not be shared equally between OEMs, with a few companies having access to the majority of the supplies, and will be uneven, due to changing global circumstances and as yet unforeseen supply chain issues that will inevitably pop up here and there.

The result of this inequity and uncertainty has been continually slumping sales numbers not seen for two decades. Andrew King, Managing Partner of DAC commented “this represents the weakest July sales total since 2001 and 24.8% below the 173,519 units sold in pre-pandemic July 2019. The all-important SAAR for the month came in at 1.43 million—broadly in line with the levels seen in the past quarter and still undeniably soft”. For the most part—as would be expected in a U2 recovery—Canadian vehicle shoppers “still haven’t found what they’re looking for”.

DesRosiers sums up July sales numbers as, “a weak overall market hiding the first green shoots of improved supply at a small number of companies. Overall, the market was once more depressingly weak—with sales falling 16.2% to an estimated 130,480 units as the majority of vehicle companies still struggle with disrupted semiconductor supply chains and empty dealer lots.” 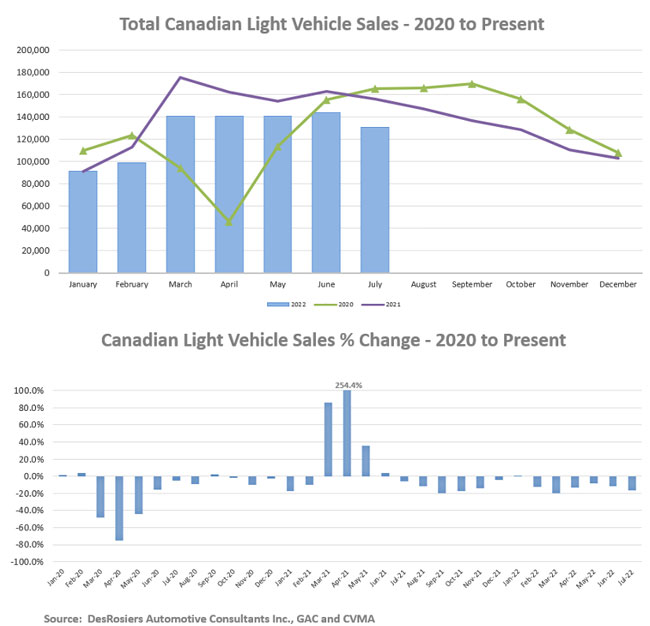 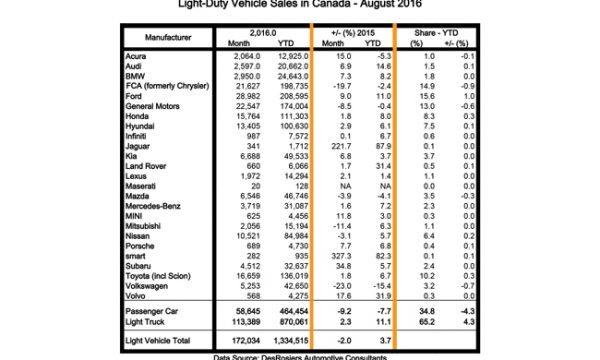 Sales continue to cool in August

For the second month in a row and the third in the past four, August’s new vehicle sales in Canada fell below those for the same month a year ago. It’s the first time since early 2013 that there have … 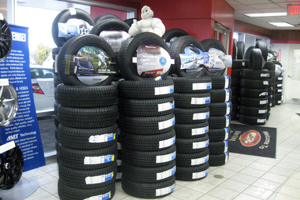 Dealers across the country are seeing more winter tires in their stores to meet consumer demand in 2015, according to data from the Tire and Rubber Association of Canada (TRAC). Many provinces have experienced significant growth in shipments, with a … 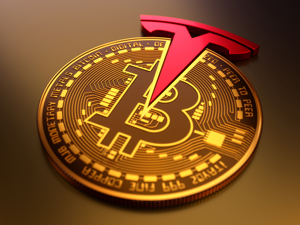 Tesla to accept bitcoin as payment for models

Elon Musk will now allow customers to purchase a Tesla model with bitcoin cryptocurrency, should they so choose. The option is currently only available to U.S. buyers, but the company may extend it to other countries. Tesla said bitcoin transactions … 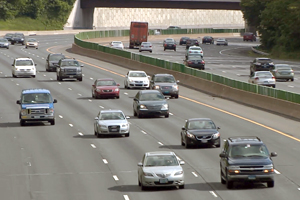 On April 11, the Trillium Automobile Dealers Association presented a report before an all-party committee of Ontario MPPs at Queens Park. The group in question is studying gridlock in the Greater Toronto and Hamilton areas. Traffic congestion has become a … 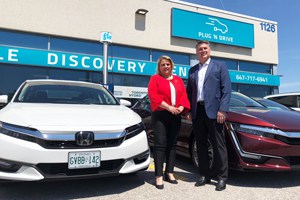 Ontario’s Electric Vehicle Discovery Centre is now home to two 2018 Honda Clarity plug-in hybrid vehicles, which will be available for public test drives so that consumers can experience what it’s like to drive an alternative fuel vehicle. “We’re grateful … 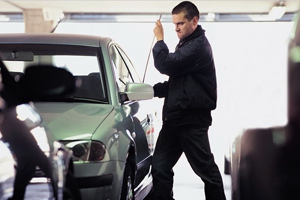 Last week, LoJack Corporation revealed findings of its fourth Annual Vehicle Theft Recovery Report in the U.S. In 2012, the report revealed that almost $125 million worth of vehicles fitted with LoJack devices were recovered by law enforcement officials. The …