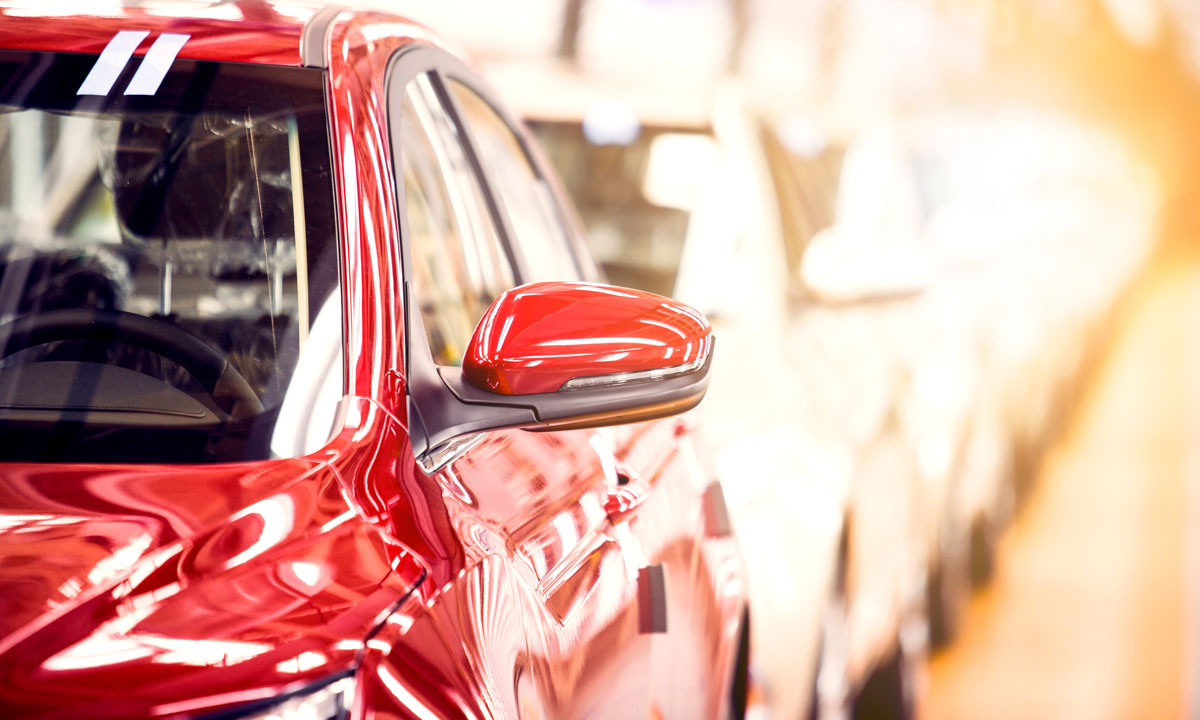 Though still near record high prices, the Canadian wholesale market for used cars continued its slight decline overall for the fifth week in a row. The week ending on April 29 was down again very slightly, -0.04% compared to the previous week’s -0.23%, according to Canadian Black Book. The 2017-2019 average for that week was -0.15%.

The bright point was the car segment, which was up overall by 0.18% compared to being down -0.10% last week. The truck/SUV segment experienced a decline of -0.26% for the week, compared to the previous -0.36%. In the U.S., overall, car and truck segments (-0.03%) decreased for an eighteenth consecutive week.

Supply remains low, while demand continues to soften on both sides of the border. The analysis is based on approximately 120,000 vehicles listed for sale on Canadian dealer lots.

In other news, real GDP rose in every province except for Saskatchewan in 2021. This reflects the many sectors of the Canadian economy that continue to reemerge from the significant retraction caused by the pandemic. Consumer confidence is marginally positive. 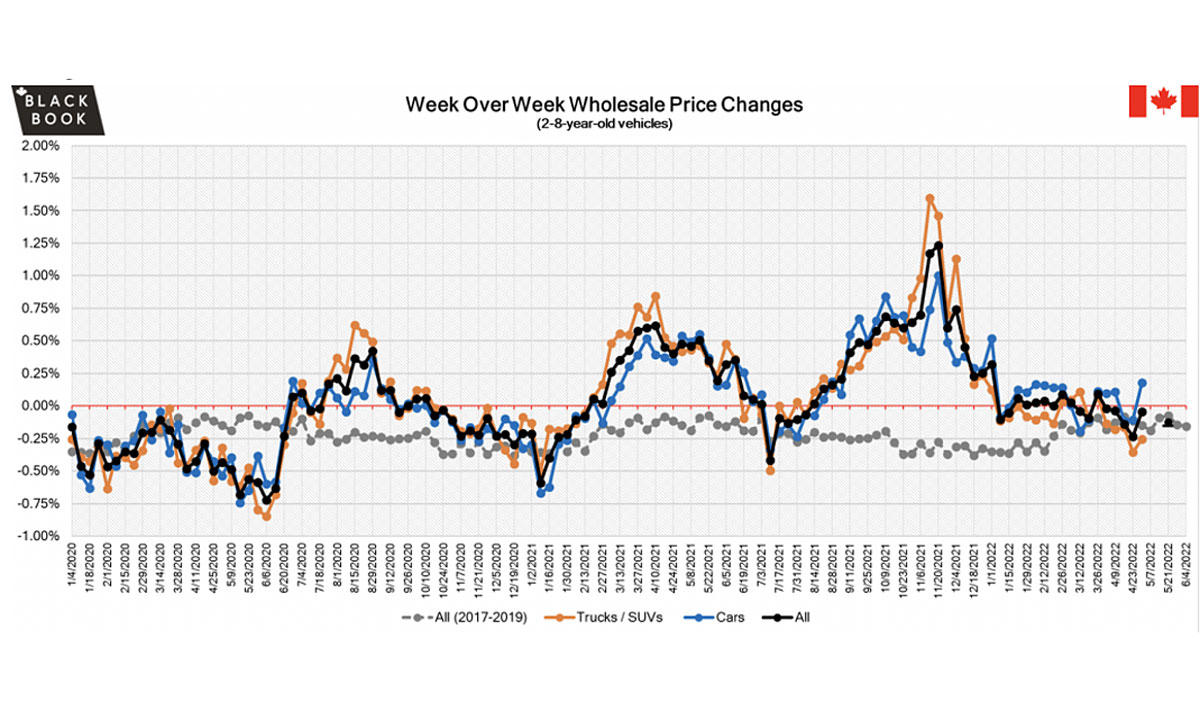 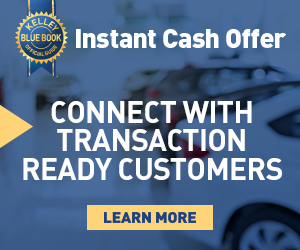 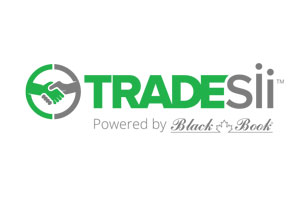 Tradesii, a recently launched trade-in valuation tool is quickly gaining industry traction, as more than 250 dealers across Canada have signed on in the first three months since its release. Built by the London, Ont. automotive industry technology tools provider … 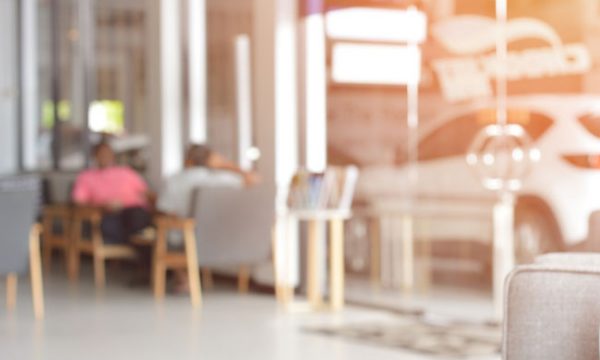 Connected car platform Dealerware has partnered with MDL autoMation to offer a more personalized experience within the service lane, while also boosting operational efficiency through automated guest recognition. Meant for service loaner customers, the automation feature aims to speed up … 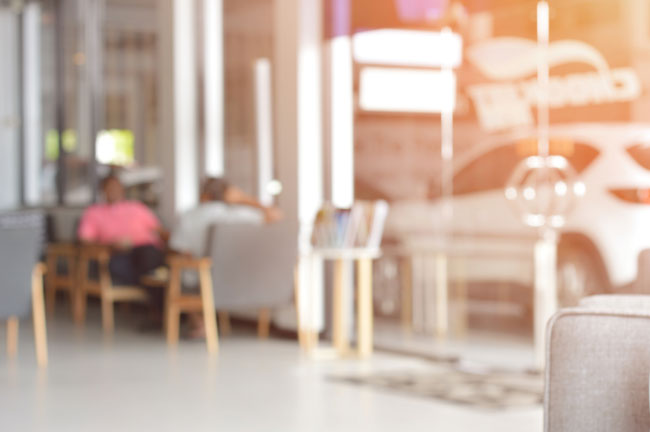 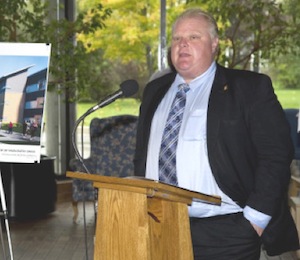 TADA rallies against the potential return of the vehicle registration tax

Rumours broke last week that Toronto mayor Rob Ford was considering a return to the city’s controversial vehicle registration tax. The removal of the VHR was a key point on Ford’s campaign platform when he ran for office in 2010, … 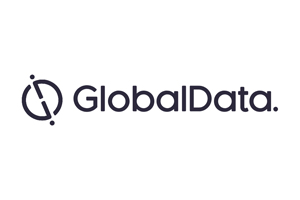 In the wake of coronavirus shutdowns at Nissan and Honda’s manufacturing factories in the Hubei province of China, the two companies have announced that they will resume manufacturing operations. According to David Leggett, the Automotive Editor at GlobalData, the news … 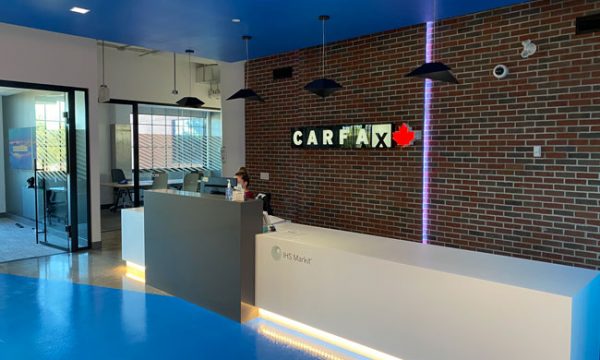 CARFAX has completed its new office and Canadian headquarters at 100 Kellogg Lane in London, Ont., which includes 48,555 square-feet of space over the second and third floors, 40 meeting rooms, three wellness rooms, and more. The new office also … 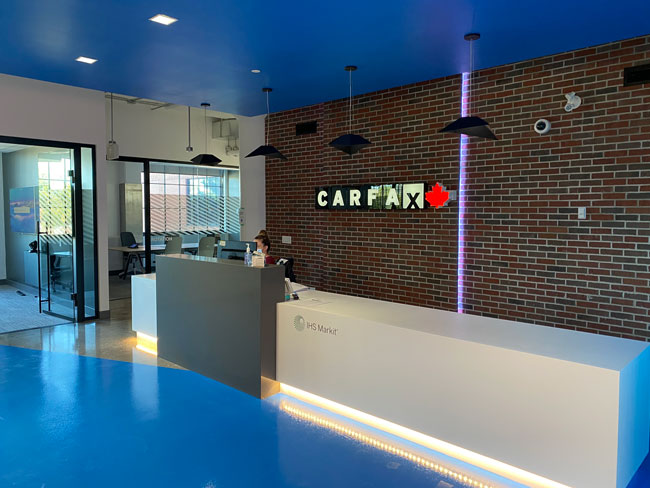 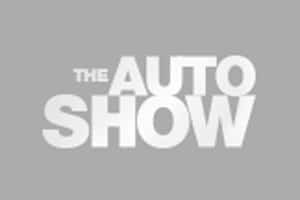 The Canadian Car and Utility Vehicle of the Year category winners have been announced. The 12 winners were revealed by the Automobile Journalists Association of Canada (AJAC) on January 17 at the Montreal International Auto Show. Twelve winners were named …