Canadian dealers get inside scoop about buying U.S. dealerships 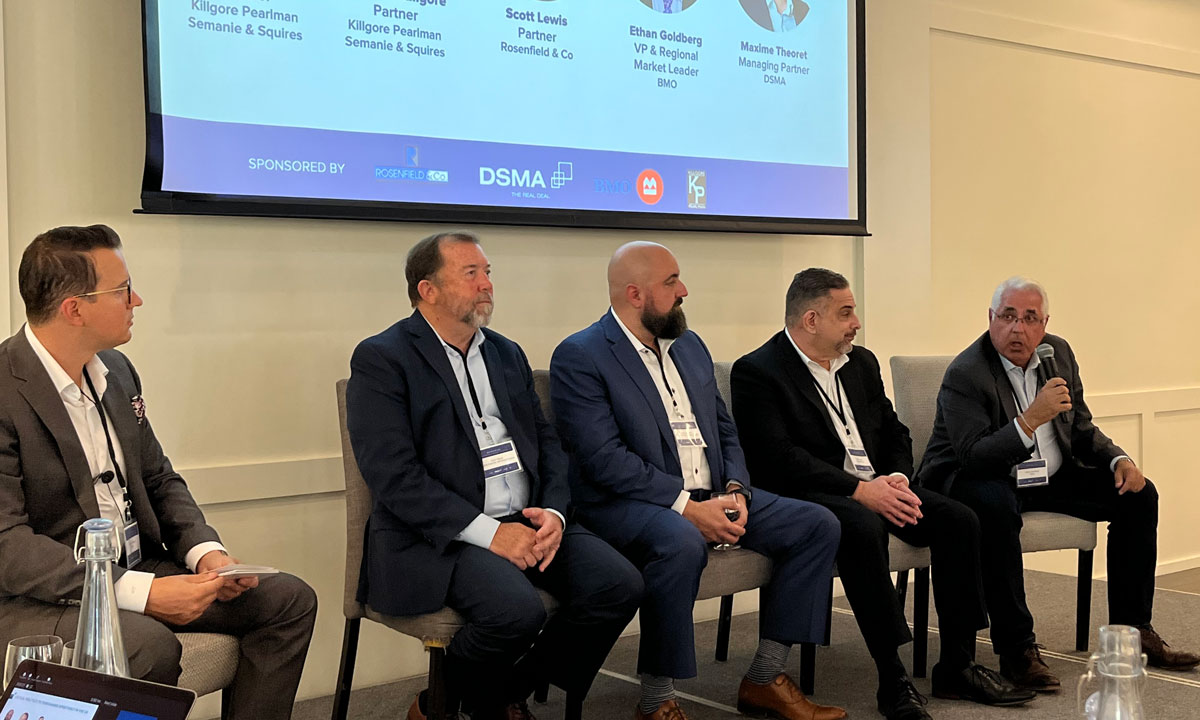 A group of prominent Canadian car dealers gathered at the luxurious Langdon Hall in Cambridge, Ont.  in October to gain some insights and tips about opportunities to acquire dealerships south of the border.

The one-day session was an invite only event held by Dealer Solutions Mergers & Acquisitions (DSMA) and was created to educate and inform dealers about hot market opportunities south of the border.

Farid Ahmad, President & CEO, DSMA, kicked the day off with a brief welcome to set the stage for the day. “A lot of dealership groups in Canada have already made the journey into the United States,” said Ahmad. “They are very successful.”

Several participants said the hot areas where many dealers are looking to relocate or set up shop include Florida, Texas, Arizona, Georgia, Tennessee, and the Midwest. The most dealer-friendly U.S. states were deemed to be Florida and Texas.

He said DSMA is a mergers and acquisition firm based in Canada, with offices in the United States. “We are selling a dealership on average every three days in North America,” said Ahmad.

The first speaker, Erik Johnson, Economist BMO, presented on “Inflation’s High Cost” and talked about how volatile today’s economic environment is.
“We’ve rarely had all these geopolitical and supply chain issues, along with higher interest rates,” said Johnson.
“It’s not easy to gaze into the crystal ball.”

The low volumes have been offset by higher margins, as dealers hold their prices, and as OEMs choose to use their limited chip supplies to make higher margin and more expensive vehicles.

Johnson describes the sales cycle for new vehicles as: “stuck in neutral and rising rates could cut into pent-up demand.”

Johnson presented stats on economic trends on both sides of the border, and made the case that broader economic factors like supply chain constraints, rising inflation and interest rates and the threats of a looming recession could weaken the pent up demand for new vehicles.

“We are not back to normal, from a supply chain perspective,” said Johnson, adding that the U.S. market usually operates with a two month supply of inventory but in the past two years that’s dropped to about one month.

The situation in Canada is similar, where we typically sell about 120-150,000 vehicles per month. “It’s starting to get better,” said Johnson.

But the low volumes have been offset by higher margins, as dealers hold their prices, and as OEMs choose to use their limited chip supplies to make higher margin and more expensive vehicles.

When it comes to the M&A marketplace, Johnson said something dealers are paying a lot of attention to are the promises OEMs are making about EVs.

OEMs are looking at lower costs for distribution for new market entrants like electric vehicle producers, which is a concern for traditional dealers.

Michael Semanie and Frank Killgore, Partners in Killgore, Pearlman, Semanie & Squires presented on legal concerns when purchasing in the U.S.

Is the U.S. as litigious as it’s made out to be? “The short answer is, yes,” said Frank Killgore. “We always tell our most successful clients, you are not successful until someone sues you. You have law firms in the U.S. that specialize in going around to dealerships looking for issues,” said Killgore.

Unfortunately a lot of jurisdictions in the U.S. only allow claimants to recover their legal fees. So that means people sue dealerships, and know they will get some money thrown at them to make it go away.

Some regulatory agencies have also been going after dealerships. “It’s simply a matter of being aware of it, and how you set up your processes. Once you do that, it’s business as usual,” said Killgore.

In Florida, for example, there is a consumer protection body that governs consumer protection issues but also the Attorney General’s Office can get involved. Dealerships need to know who the players are, to make sure they aren’t running afoul of the local rules. You don’t need to know all jurisdictions, you need to understand the laws and regulations in your jurisdiction.

“The states have very different laws,” said Killgore. In the U.S., it’s totally dependent on the state. For example, you might want to consider a state where the manufacturer does not have the first right of refusal to purchase a dealership.

The lawyers also presented tips on letters of intent, binding non-disclosures, and best practices for due diligence. To do due diligence properly means looking at the history of the dealership, and increasingly whether there have been proper safeguards in place for things like data privacy notices or advertising practices.

Another expert to present was Scott Lewis, Partner, Rosenfield & Co.  Lewis offered advice to dealers on the financial aspects of setting up their companies to purchase and acquire dealerships. There are different models, and you have to do it right based on your goals and strategy.

He also talked about ways dealerships can structure their companies and operations to minimize tax implications and also ways to ensure their assets are able to be passed along as part of their estates.

Looking ahead at the market

Farid Ahmad, President & CEO, DSMA, and Maxime Théoret, Managing Partner, DSMA, took the stage to explain their business and how they work with dealers on buying and selling dealerships.

They also touched on DSMA’s new software tool: Quotus, that can be used by banks, OEMs and dealers to mine and analyze comparable automotive dealer data.

This tool based on the information gathered by DSMA is intended to help improve decision-making.

Ahmad said the company has done more than 1,500 dealership valuations, and 350+ successful transactions since it launched.

The sheer volume of data also gives them insights into the buy-sell market trends and changes.

Ahmad also shared the franchises that have been selling the most on both sides of the border, with GM and Ford and Chrysler leading the way in Canada followed by Honda, Hyundai and Nissan.

Ahmad said the biggest reason dealerships used to sell was that the Dealer Principal was retiring. “The biggest reason now is realignment,” said Ahmad. They are adding luxury brands to their lineup.”

Ahmad said he expects the sales numbers to continue to be solid in the next ten years, since the average age of Dealer Principals is still very high.

In terms of things that are challenges for dealers over the next 10 years, he highlighted several key topics:

Other DSMA experts from south of the border, Andy Church, President, USA DSMA and Jennifer Rafael, VP, USA, Midwest, DSMA also presented on key trends and the state of the M&A marketplace.

Rafael advised dealers to put together a solid business plan and decide how big a footprint you want to establish south of the border. “If I’m going to implement a footprint, what does that look like?” Am I just putting in one store, or two or three? What is the overall strategy in terms of HR and hiring and overall business plans?” she said.

Rafael says she sees Canadians are bringing lots of new ideas and energy to the U.S. market. It’s not just a one-day flow of information from the Americans to the Canadians.

She said for deals that she helps set up, the average time she targets for repaying
the investment is 2.5 years. “That’s the sweet spot for recouping your investment.”

But Canadian dealers and dealer groups won’t be as well-known in the U.S. so she said it’s important for them to create a robust dealership or company profile to show the OEMs and lenders who they are. “You want them to understand you aren’t just a tire kicker. Put together a solid dealer profile package: Which dealerships do you own, what’s your net worth, what’s your plan?” she said. 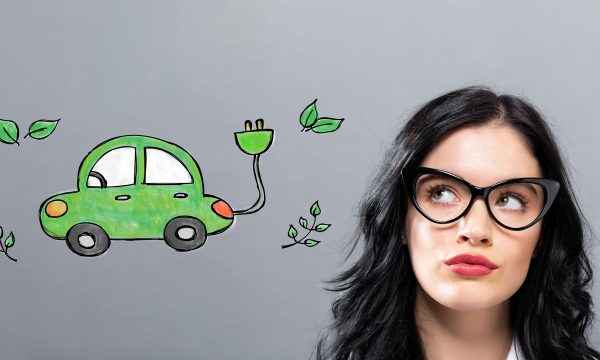 There was a somewhat surprising result from an inaugural study just published by JD Power, showing that Canadians are less likely than our UScounterparts to think about purchasing an electric vehicle as our next auto. The study, called the J.D. … 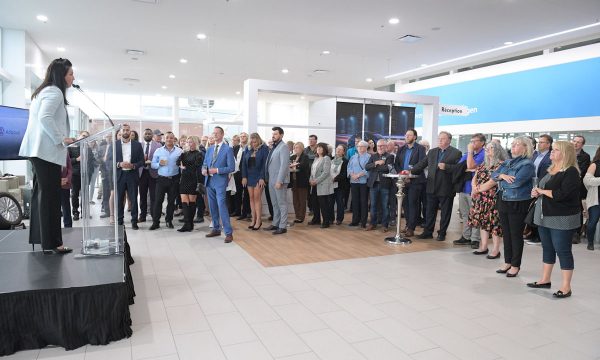 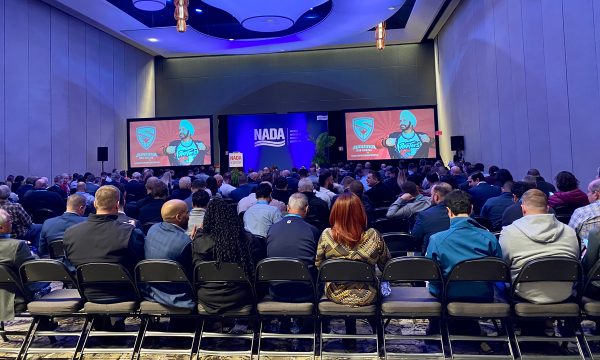 The National Automobile Dealers Association is back for 2023, this time in Dallas, Texas, and the Canadian auto dealer team is there! We are excited for the return to form, and will be taking in all of the many dynamic … 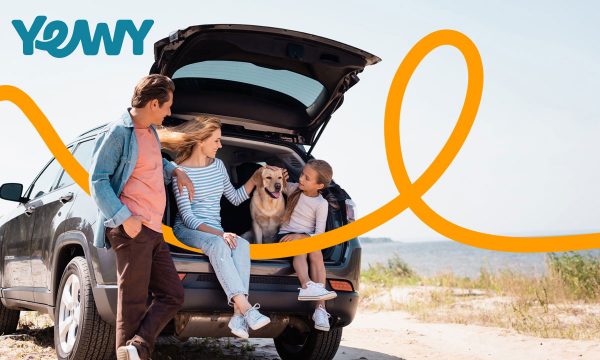 Since launching Yewy, their new online marketplace, on the September long weekend, it’s been a busy couple of weeks for the people at Bruce Auto Group, who are based in Nova Scotia. The company was fortunate enough to have escaped … 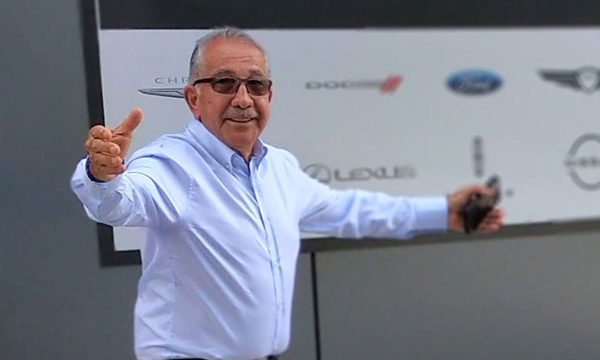 One of Toronto’s major auto dealers is convinced the federal government will not reach its immediate targets for selling electric vehicles. Shahin Alizadeh, President of Downtown AutoGroup, which sells several brands that include EVs and drives one himself, does not … 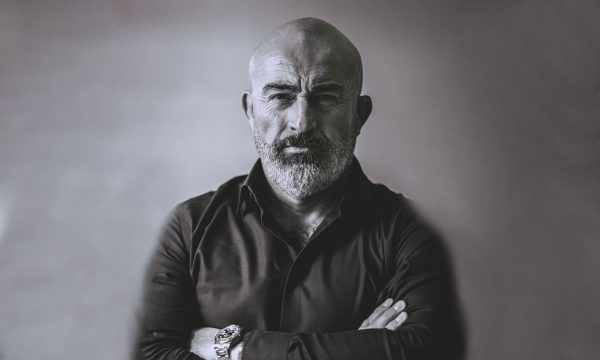 With Ontario’s businesses opening up following a shutdown due to COVID, Oakville Nissan/Infiniti Vice-President/General Manager Greg Carrasco is back filming commercials that will be featured in a variety of platforms, including movie theatres. Carrasco is known for his brash …