The big push to automate the F&I experience 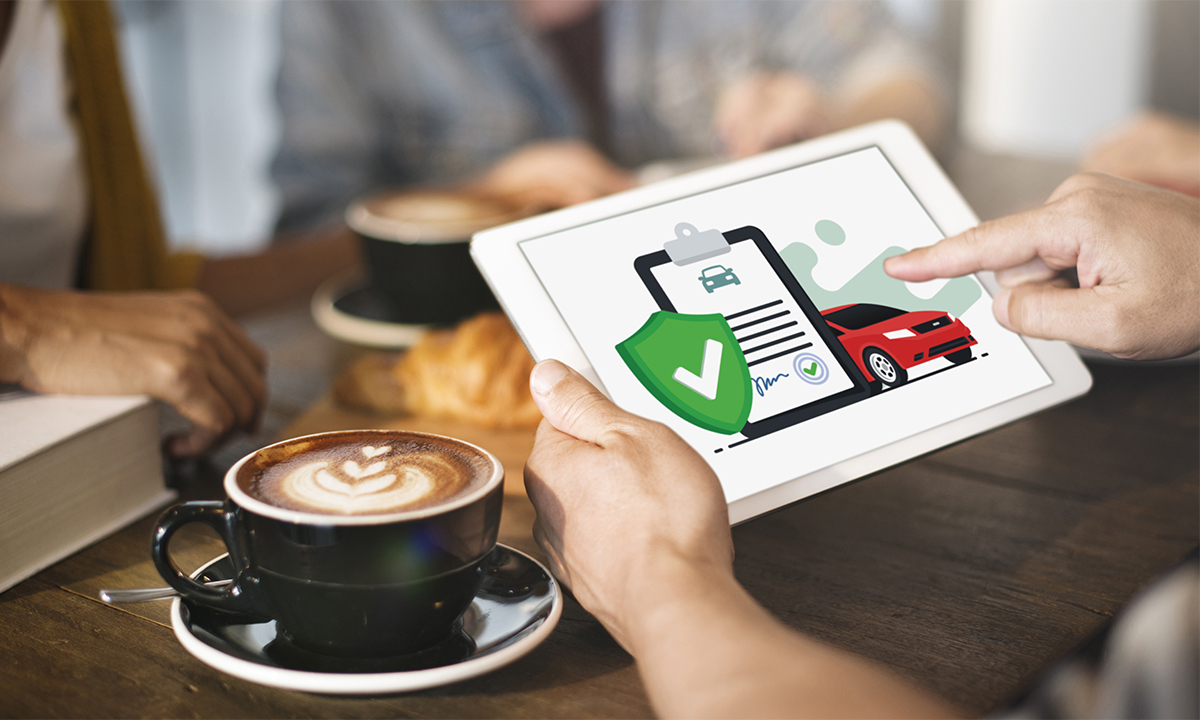 It’s always been a slow part of the sales process. Now vendors are using technology to speed things up and give consumers more control.

It used to be that when a consumer bought a car, it started with a sales agent and the process continued with a finance and insurance manager—which could be stressful, or seamless, depending on the individuals involved and the options presented.

But advances in technology have modernized the process. Now the buyer can do everything online with technology specific to F&I, or all in the store, or a combination of the two, facilitating a much faster and transparent transaction that limits all or most paperwork.

“F&I is such a specialized forum in every regard,” said Dale Manton, Vice President, Business Development at First Canadian Group of Companies. “It’s understanding financing. It’s understanding credit. It’s making sure customers are properly informed about what their options and opportunities are. In my experience over the years, there are not many car dealers who have worked in an F&I office. So, you have to rely on usually hiring a really good person or someone who knows what they are doing.”

Manton said First Canadian Insurance made a sizable investment in a personalized software technology called FC Drive, that took six years to develop and was implemented a year ago.

He said the software is intended to make the F&I sales process easy by helping increase efficiency, eliminating data entry errors and providing a visual, interactive and transparent customer experience.

The system, he said, is designed to create customized and engaging presentations in less than two minutes, adjust product offerings on the fly without having to manually calculate new payments and offer customers a way to view it in a web browser on their own devices.

“We deal with about 28 different software companies in Canada because dealers have their own (dealer management software) systems and there are things that can go wrong often when we are trying to integrate with the mainframes that are in these dealerships,” said Manton. “We wanted to create a software that would fulfill our own needs, and we tied everything into one just because we felt dealers were having to compromise on a lot of the software products they had. We wanted to be a conduit for making the business of F&I a little bit more convenient, a little bit easier and a lot more effective.”

CDK Global, a leading automotive retail technology company, is using various systems to modernize the way consumers buy vehicles and the process in which the dealers sell them.

The company is promoting that the F&I office can be a powerful profit driver for a dealership, by selling more add-on products including extended warranties, auto service contracts, credit insurance and guaranteed asset protection.

Additionally, CDK highlights its digital F&I solutions may be right for a dealership if the average transaction time is too high, dealership profitability is below expectations, evaluating customer credit is inefficient, sales are lost due to long wait lines, critical documents are lost or misplaced or staying compliant is a struggle.

“Our solution allows the consumer to basically quote a deal, pick a car and take the journey from wherever they want, starting from online all the way through buying a car or going into the dealership,” said Greg Wallin, CDK Vice-President. “The key difference with CDK Solutions is you’re using the same tools—the same workflow—whether the client is doing it in their pajamas at home, or doing a little bit there and then going into the dealership and working with a consultant there.”

Group Premiere Quebec (GPQ) has become a new and big player in the modernization of the F&I process by collecting data using artificial intelligence technology. President Jason Menard and Vice President Caroline Patry, both of whom had experience coaching dealership finance managers on sales, conformity and procedure, saw a massive potential to do something different with F&I. A day after the business started in March 2020, Quebec declared a public health emergency in the province due to COVID. Then the company experienced problems managing data from clients and dealers.

“You’ve got 30 dealers with 30 different ways of delivering cars, 15 different brands, 100 sales managers and 250 sales representatives,” he said. “It was a lot of data coming in at the same time. We didn’t have software for that. It was all e-mail. It was unmanageable.”

Then they found software with AI capability, and the company has been running smoothly since. Menard did not want to disclose the specific name for the technology because he said there are companies trying to duplicate it, but indicated the process acts like a dispatcher between the dealer and the car buyer.

After the customer makes a deposit on a car, the file goes directly to GPQ’s headquarters and all conversations and documents are recorded and stored once the deal is approved. Essentially, it eliminates a dealership from employing someone responsible for F&I. He said the system automates about 500 messages a day from dealerships.

“The system sends out delivery emails to the clients, to the store, to the general manager, to the salespeople,” he said. “It’s not possible to manage 100 deals a day all year without (this kind of software). It would be chaotic. As soon as you surpass 25, it starts to get (difficult to handle). We’re estimating we’ll do 40,000 deals this year, that’s a lot of data. We’re also a green company. We don’t use paper.”

First Canadian is the exclusive underwriter for GPQ, which Menard said has close to 40 dealerships as clients. Menard said there are plans to expand their service across Canada and potentially the U.S.

Decisioning IT is another Quebec-based F&I company co-founded by Chief Product Officer André-Martin Hobbs, who has a background in software development, and Chief Executive Officer Rosa Hoffman.

Hobbs, who has been in the industry for more than 20 years and is a co-owner of four dealerships, headed up a team that developed the specific A&I software called Lucy. The name was chosen because the company wanted a woman’s name for its product, and chose the name of the oldest hominid female fossil skeleton discovered by archaeologists, in 1974 in Ethiopia. The skeleton was named Lucy because The Beatles’ song “Lucy In The Sky With Diamonds” was playing on the radio.

Hobbs said the software was built to make it easier for F&I managers to read a consumer’s credit file and to know which lenders with which to work. It took him five years to develop a fully-functionable working product.

The system works in tandem with dealerships’ DMS, CRM and portals. It is designed to get more consumers approved for F&I, while managing the financial process from start to finish. It gets 85 per cent of customers automatically pre-qualified, regardless of their credit history. It is programmed to speed up the pre-lending process and is up to date on lender programs and incentives for both prime and non-prime.

He said in a normal process, the F&I manager sends out a client’s profile to lenders one at a time. Hobbs said it could take up to five minutes for a reply from the time the file is sent or, in some cases, a full day. He said his system can provide quotes from lenders in less than 20 seconds. 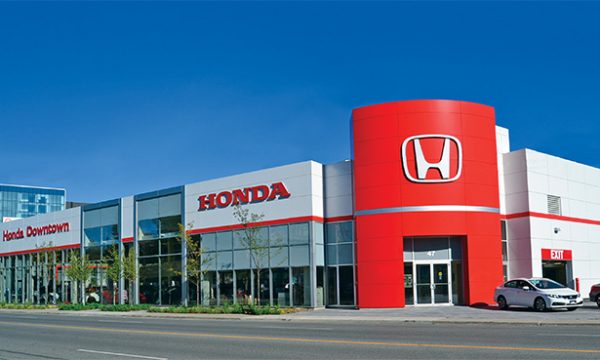 Honda Downtown’s new location was conceived to meet and exceed the unique requirements of an urban customer base You probably wouldn’t think this was a 35,000 sq. ft. facility from the outside but appearances can be deceiving. Located at 47 … 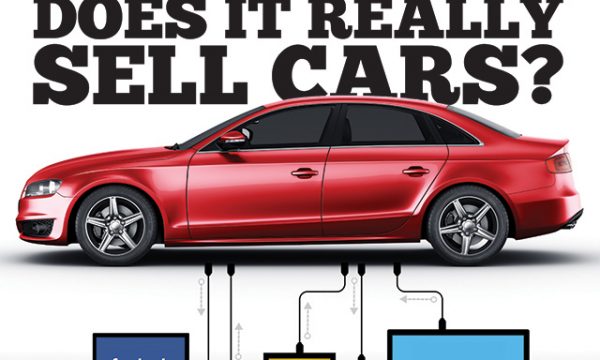 I began my career in the automotive industry working as a Marketing & Internet Director for a Ford dealership in Alberta. I had no previous experience within the automotive space and so I was arguably able to bring a … 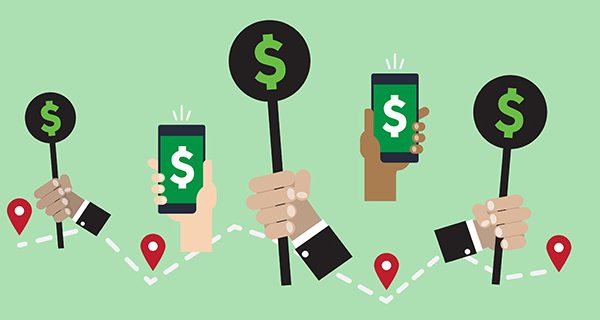 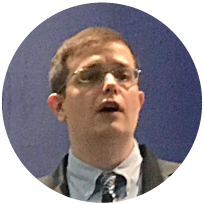 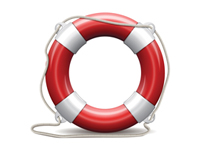 Dealers who expertly mine their software systems — from DMS and CRM to new digital retailing tools — are able to drive more revenues and provide a better customer experience. Why don’t more dealers make full use of these new … 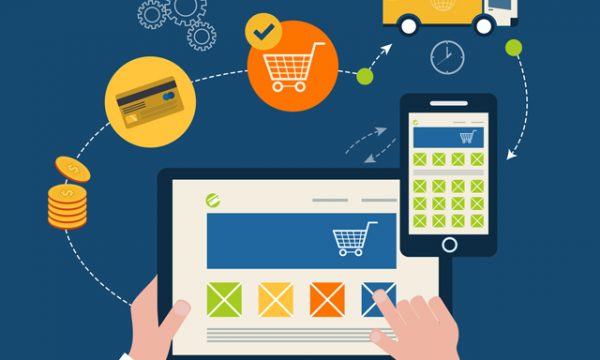 Spruce up your online store

BEST PRACTICES FOR DEALERSHIP WEBSITE DESIGN SEEM TO CHANGE IN THE BLINK OF AN EYE. CANADIAN AUTO DEALER OFFERS UP TIPS ON WHAT SOME OF THE EXPERTS HAVE TO SAY ABOUT DESIGN AND FUNCTIONALITY — AT LEAST TODAY. Auto dealers …