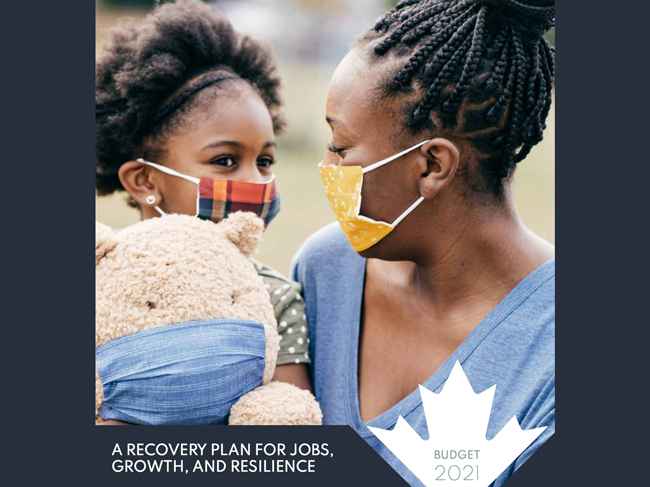 The first federal budget in two years was delivered in the House of Commons on April 19 by Deputy Prime Minister and Minister of Finance Chrystia Freeland, offering a blend of good and bad news for automotive retailers across the country. 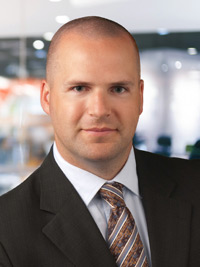 Budget 2021: A Recovery Plan for Jobs, Growth, and Resilience is meant to address three fundamental challenges: the need to conquer COVID, to move out of the COVID recession, and to build a more resilient Canada. To better understand how these goals will impact dealers, Canadian auto dealer reached out to Jeff Henkelman, CPA, CA, Partner at MNP.

Henkelman is a member of MNP’s tax services group in Saskatoon and the firm’s regional tax leader for North Saskatchewan. Asked about the good news for dealers in the budget, he listed a few noteworthy things to consider — keeping in mind that these proposals will need the support of another party since the Liberals hold a minority parliament.

The main difference between CEWS and CRHB, to be seen, is how many dealers will actually qualify under the new program.

“In saying that, I listed those periods from June till September 25, that’s now period 17, 18, 19, and 20,” said Henkelman. “What happens in those is that they’re working towards a phase out of aid.” 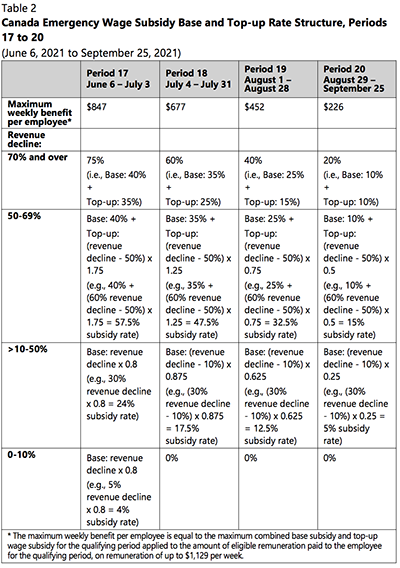 He said everything in the budget indicates that the intention of the federal government is to move towards a full phase out of the subsidy. In other words, the rates will slowly ramp down over the July to September qualifying periods, with a gradual decrease beginning July 4, 2021 to coincide with the vaccination program.

However, Henkelman also said that the feds may have the ability to extend the subsidy as far as November 20, 2021, as the budget proposes providing the government with the legislative authority to add more qualifying periods until that date.

“The government will seek the legislative authority to have the ability to further extend the wage subsidy program through regulations until November 20, 2021, should the economic and public health situation require it beyond September 2021,” said the government in its report.

For now, the subsidies have been extended until September 25.

Budget 2021 also introduced a newly-created Canada Recovery Hiring Benefit (CRHB) that will provide $595 million to help businesses offset some of the additional costs associated with reopening. The subsidy would help them with increasing wages or hours worked, or hiring more staff, but would only be available for active employees and eligible employers would claim the higher of the CEWS or the CRHB.

“It’s very similar to the wage subsidy program, but with a couple of important differences: one is, the only businesses that are going to qualify are Canadian-controlled private corporations, where the previous program or the program that’s going to be run in conjunction with it allowed more businesses to qualify,” said Henkelman, adding that “there are public companies, and various other entities would qualify.”

The second thing to note is that these programs work together. “Even though you may qualify for both, what you would do or what businesses now have to do, or are able to do, is look at which one is going to benefit them the most and then apply under that program,” said Henkelman.

The program would be in place from June 6 to November 20, 2021, allowing businesses to shift from the CEWS to CRHB.

With that in mind, dealers would also need to track and monitor the implications of the new program on a periodic basis. However, because there are similarities to the CEWS, there should be no significant changes in terms of what constitutes a revenue decline or similar things needed to determine whether or not the dealership qualifies or not.

The main difference between CEWS and CRHB, to be seen, is how many dealers will actually qualify under the new program. Henkelman said it appears to have been designed for businesses that have ramped up their employees’ wage costs from the period of March 14/April 10.

“That’s going to be their baseline for determining this and what they’re going to compare back to,” said Henkelman. “So for example, if you had wages for that period of a $100,000 and now you’re into these months here — June, July, August, September (this one runs out six months all the way to November) — if your wages are significantly increased over that base period of March 14/April 10, you qualify for the first period, upwards of 50 per cent.”

Credit: Budget 2021: A Recovery Plan for Jobs, Growth, and Resilience

Credit: Budget 2021: A Recovery Plan for Jobs, Growth, and Resilience

Another area to note is the immediate expensing of certain depreciable property. Henkelman said this is good news for dealers, because it means they can get the full deduction for most equipment and leasehold improvements, up to 1.5 million per year starting now and running until the end of 2023.

“What the government is trying to do there is they’re trying to spur the economy on, and for businesses to go out and spend,” said Henkelman. “So what they’re allowing now is, for a Canadian-controlled private corporation you can spend up to $1.5 million starting on the budget date, which was April 19 all the way through to January 1, 2024.”

So long as the equipment is put to use, eligible businesses can qualify for $1.5 million, per year, up until December 31, 2023.

“There’s a big incentive for businesses to go out and spend money in that they get a full deduction, where previously it would go into the capital cost allowance pools and you would get a certain percentage on a declining balance,” said Henkelman.

He said it is now a full expense in the year that the expenses are incurred, subject to certain caps. But for the larger dealer groups it is per associated group, which means they have to share — it is not $1.5 billion per corporate entity or other business entity. The limit must be shared, although it still represents a significant incentive.

“It’s probably important to know that many assets do qualify, but some of the real big ones don’t. And unfortunately for dealers, this might have some impact on them — like if they’re going to build a building, none of the buildings qualify, as typically those are slower depreciating assets,” said Henkelman. “In the budget the government said they are not going to allow full depreciation or expense in the year, and that applies to goodwill.”

“I’m hopeful that it’s going to lead to more businesses looking to acquire vehicles during the year,” said Henkelman.

Buried in the budget is also a significant push towards zero-emission technology.

Henkelman said this part of the budget may not have a direct impact on dealers, but that it would probably provide some confidence to the consumer who is looking to purchase an electric vehicle. And for manufacturers in this space, corporate tax rates are being slashed.

“Budget 2021 proposes to reduce — by 50 per cent — the general corporate and small business income tax rates for businesses that manufacture zero-emission technologies,” said the budget report. “The reductions would go into effect on January 1, 2022, and would be gradually phased out starting January 1, 2029 and eliminated by January 1, 2032.

If some of those tax cuts are passed on to the consumer, then it may help drive them to purchase EVs.

Finally, there is a piece about consultations regarding the reduction of credit card processing fees to businesses, which could be particularly beneficial to the parts and service department of dealerships.

There is a lot of good news openly available and buried within the budget report, but the bad news was likely not missed by automotive industry players.

It should come as no surprise to dealers, as there has been pre-budget speculation and the suggestion from the Liberal government reaches back to when it was preparing for the last federal election. They have hinted at the possibility of a luxury tax for years — something the Canadian Automobile Dealers Association (CADA) has been advocating strongly against for some time now.

The measure would come into effect on January 1, 2022.

“What the government is trying to do there is they’re trying to spur the economy on, and for businesses to go out and spend,”

The tax will be applied to the pre-tax cost of the vehicle and then the consumer will have to pay the added tax (GST, HST, PST) on top of the vehicle price that includes the luxury tax.

“So they kind of get you two ways there, which is a bit unfortunate but not surprising,” said Henkelman, considering the goal of the budget, which is to address the three fundamental challenges (conquer COVID, get out of the COVID recession, and build a more resilient Canada).

The other area of concern to dealerships is the interest deductibility limits. The federal government floated the idea a couple of years ago, and there is a potential impact for highly capitalized businesses (such as some dealerships), according to Henkelman.

“There might be a cap on the interest (high capital) — so paying lots of interest, but maybe not always earning a lot of income,” said Henkelman.

He said it appears as though the government is going after big companies that are moving money in and out of the country into lower tax jurisdictions, but that is not exactly how it is worded in the budget.

“We’re all a little leery of this potential set of rules, which is not coming into effect until January 1, 2023, based on what they’re proposing,” said Henkelman. “But the risk is, to any of our dealers, they may be caught where they are unable to deduct interest. And that there’s caps on the amount of interest they can deduct, based on floor plan financing amounts that could be restricted.”

Specifically, in any given year there may be a restriction on the amount of interest that can be deducted.

So far there is no proposed legislation, although dealers should expect it this summer or in the early fall of 2021. More information can be found on page 643 of the budget report, which can be downloaded or viewed here.

The full report can be viewed here

The budget address by the Minister of Finance in the House of Commons can be found here. 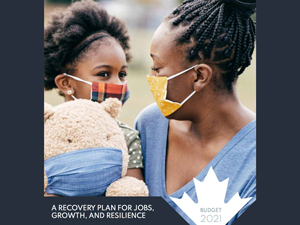 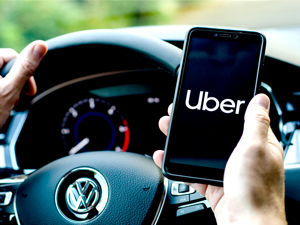 Ride-hailing service Uber is donating $1 million to help Afghan refugees, increasing a previous pledge of $600,000. The company also launched an in-app donation button so customers can support the refugees more easily, and reportedly plans to match all in-app … 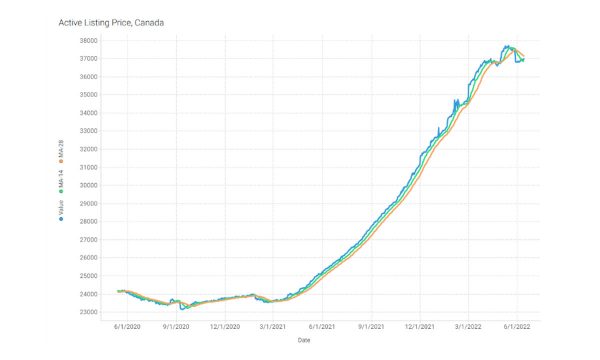 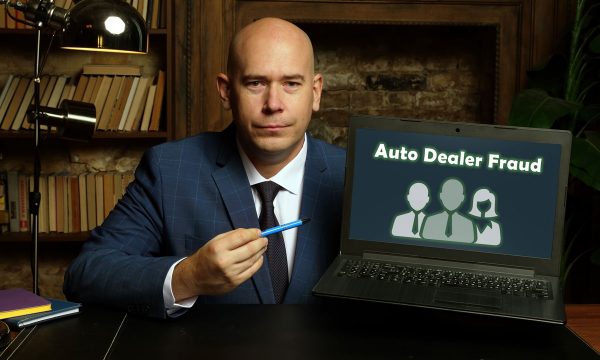 Targeting the pervasive problem of auto financing fraud, which will only get worse the more automated the buying process becomes, Paays Financial Technologies (“Paays”), has developed a new platform called ID Verifier by Paays API (“Paays IDV API”). This new … 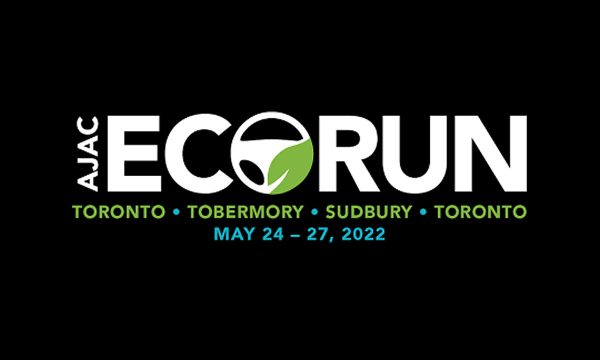 The 2022 Best Green Car and Utility Vehicle awards have been announced by AJAC at this year’s EcoRun event. The winners are the Polestar 2, and the Volvo XC40 Recharge, respectively. The entrants to the awards were scored on recharge … 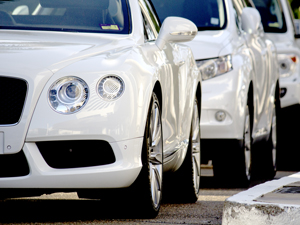 Prime Minister Justin Trudeau ended up right where he started about six weeks ago: with a minority government. For better or worse, that means automotive retailers, and specifically the Canadian Automobile Dealers Association (CADA), are aware of the battles to … 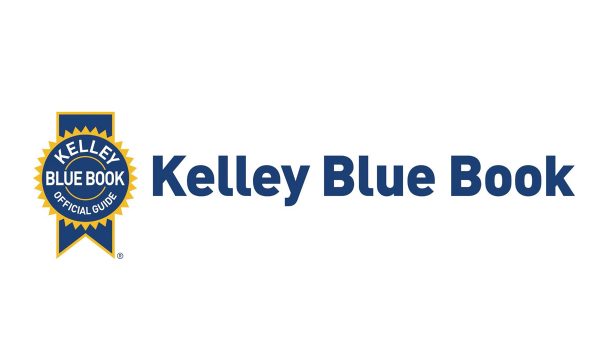