Opposition to the controversial Ontario College of Trades tax is growing 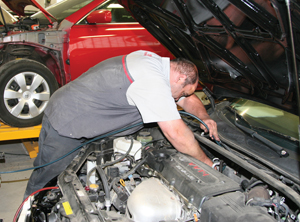 Even though Ontario Finance Minister Dwight Duncan recently said the province’s budget deficit will narrow to $11.9 billion in 2013, slow growth and an economy that still relies significantly on manufacturing will still make the government’s goal of balancing the books by 2017 a tough challenge. An additional cloud on the horizon has also appeared, in the form of controversy surrounding the Ontario College of Trades. Since it was proposed by the McGuinty government, the College has come under increasing criticism and backlash from the very people it was supposed to serve.

“The College was created on the notion that it would enhance trade opportunities in the province,” says Todd Bourgon, executive director of the Trillium Automobile Dealers Association, which has joined the growing grassroots “Stop the Trades Tax” movement against the College and the taxes that will be used to fund it. “The problem with the College of Trades, is that it was created with minimal input from the various industries it’s supposed to represent, including construction workers, plumbers, electricians, hairdressers and of course those that work in the auto repair and collision trade.”

The College, which has been allocated an annual budget of $20 million to regulate some 157 trades in Ontario and collect license fees from tradespeople, is being seen by many as another bureaucratic boondoggle, one that will have little accountability and add further complexity and cost to the lives of Ontario tradespeople, since regulations and licensing fees on trades already exist.

NOT A COLLEGE BUT AN AGENCY
In fact, Conservative Member of Provincial Parliament for Simcoe North, Garfield Dunlop, has thrown his weight behind the “Stop the Trades Tax,” campaign which began in 2011. “We’ve had some tough economic times,” says Dunlop. “A lot of these businesses are fighting for their survival and already have a lot of red tape in their way. The last thing we need is yet another new fee or tax to support another giant government bureaucracy.”

Speaking in an exclusive interview with Canadian auto dealer, Dunlop said that it is important to spread awareness, since many tradespeople in the province don’t even know about what’s going on at Queen’s Park, or how it could negatively impact them. “The Ontario College of Trades, is dominated by special interest groups,” he remarked. “In fact its not a college at all because one: it doesn’t offer training and two: it isn’t governed by democratic vote like the Ontario College of Physicians and Surgeons and the College of Teachers. Instead it’s another governing body that will take away the responsibility of the Ministry of Colleges and Training.”

Dunlop is particularly concerned that the College of Trades was created without proper consultation. “It was very hush hush,” he says. “Everything about it has not been transparent. We don’t know exactly what role it is supposed to perform, because the board members can’t actually tell us. So we don’t know how it will enforce laws, what it plans to collect in terms of revenue from the 157 trades it’s supposed to cover, nor do we know the true amount of taxpayer dollars that are actually being allocated to it. We hear $20 million, then $40 million, its very suspect.” Dunlop also says he finds it difficult to understand how a single entity can possibly be able to serve the needs of industries as varied as auto repair, drywalling and hairdressing. “How can you have the expertise to understand the needs and requirements of so many different trades? It just isn’t possible.” 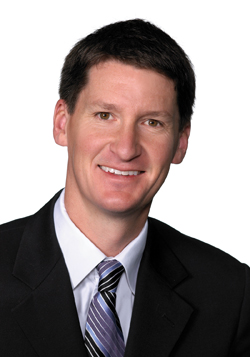 DUPLICATION OF EFFORT
On the automotive side, both Dunlop and Bourgon agree that the industry is already well served by the Motor Dealer Act and the Ontario Motor Vehicle Industry Council, so any additional governing body is seen largely as superfluous. “We need more people entering the trades,” says Dunlop. “With the College, fees are going to skyrocket — to 600 per cent. How is that going to help in attracting more people into skilled trades like auto servicing and repair?”

Bourgon also sees the College of Trades as a job killer not creator. “We have around 1,000 dealerships in this province employing approximately 10,000 auto technicians. Dealers are crying out for more techs but already students face a tough time even graduating, because in addition to the cost of tuition and certification they also have to pay around $5,000 for their tools. The expense alone is one reason why so many don’t finish certification and now our provincial government wants them to pay still more out their pocket, even if they’re lucky to find a job?”

He also says that if the College were to become operational, not only will it kill jobs but it will also make everyday life significantly more expensive for Ontarians. “The cost that it will add to tradespeople and business will have to be passed on somewhere and in order for them to survive that means servicing your car, getting your pipes replaced or your having your hair cut is going to cost significantly more.”

Dunlop says that while there might be a need for a governing body of trades down the road, there isn’t at present. “Now is not the time to be wasting taxpayers’ money on new government bodies, especially when the whole process of creating
them appears decidedly undemocratic. We need to be creating jobs and encouraging our youth to go into the trades. Much of the wealth in this province and this country was built on the backs of tradespeople and small business owners. At a time when we need to be encouraging economic growth, the government appears to be doing its best to discourage it. You could call it a case of trying to cut off the very hand that feeds you.”

But most of the players remain the same By the time this magazine lands in your hands, the smell of paint in our new offices will be gone. For now, as I type this out, it is still very much …

With the growth in non traditional lending, online pre-approvals and products such as tire and wheel protection, the F&I business is changing fast We’ve all been hearing about how the concept of auto retailing is changing. Consumers are reaching out … 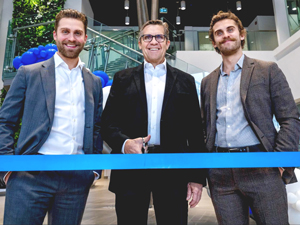 Capital Auto Group officially opened what it describes as Canada’s largest Hyundai dealership, which includes more than 68,000 square feet of space located at 515 Kenmount Road in St. John’s, NL. “This launch is a direct result of our optimism … 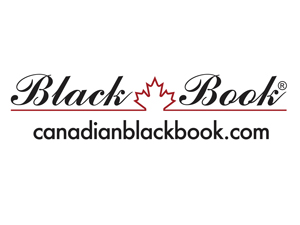 Strong demand for both new and used vehicles among consumers combined with low inventory levels is driving weekly price increases for the Canadian used vehicle market, according to Canadian Black Book. In its weekly automotive market update, the week ending … 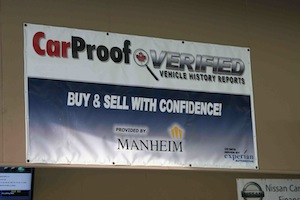 Since 2000, Car Proof Canada, a London, Ont. based provider of comprehensive history reports on used vehicles, has provided both buyers and sellers with valuable information. From the outset, the company says its mission was to provide Canadian information for …